Why one hair test for alcohol is enough

In hair strand drug testing, two alcohol markers - EtG and FAEE (or EtPa) are generally measured to determine levels of long-term alcohol use. It is widely believed that when testing hair samples for alcohol misuse, tests for both markers are required - and the Society of Hair Testing provides guidelines for both.

However, at Cansford Labs we’re confident that conducting just one of the tests for alcohol markers rather than both, offers the level of accuracy needed to be confident in the results. Here, we explain the two methods and detail why we believe testing for ethyl glucuronide is the only hair test that is needed.

The difference between EtG and FAEE testing

When testing a hair sample for long term alcohol use, a laboratory will be looking for one of two different alcohol markers: ethyl glucuronide (EtG) or fatty acid ethyl esters (FAEEs).

Both EtG and FAEEs are direct biomarkers of alcohol consumption. They will only be produced - and, therefore, detected - if the individual has consumed enough alcohol to be absorbed into the hair.

EtG is a metabolite of ethanol, produced by the body as the result of an enzymatic reaction with glucuronic acid. Its presence in the body is highly specific for use of ethanol - the chemical name for alcohol.

FAEEs, on the other hand, are formed as a result of reactions between the ethanol in alcoholic beverages and fatty acids in the body.

"EtG and FAEEs are both direct biomarkers of alcohol consumption."

EtG and FAEEs are both direct biomarkers of alcohol consumption, and both are widely used for monitoring alcohol consumption for both clinical and forensic purposes. Many labs will test for both markers as standard. It’s a decision that makes commercial sense for a testing lab, while many also believe it improves the accuracy of the results. There is a general consensus that FAEE measurements in hair are useful in combination with the analysis of EtG because of the different effects of some cosmetic hair treatments, such as bleaching, perming and colouring, on EtG levels in hair.

When it comes to accuracy, however, we are confident that an EtG test alone is enough, based on results that we have seen from internal research. Here’s why.

Why an EtG test is all you need

However, our own study, published in the Journal of Analytical Toxicology, has revealed that the longer the time between sample collection and testing, the more likely it is that FAEE levels will decrease.

When tested after six days from collection, hair samples were found to have significantly lower total FAEE levels - including ethyl palmitate ester (EtPa) levels. Therefore, when measuring either total FAEEs or EtPa alone, it is vital that the time between sample collection and analysis is recorded accurately, and that this time is considered when interpreting the results. Our recommendation is that, in such a case, the sample must be analysed within one week after collection to obtain truly meaningful results. 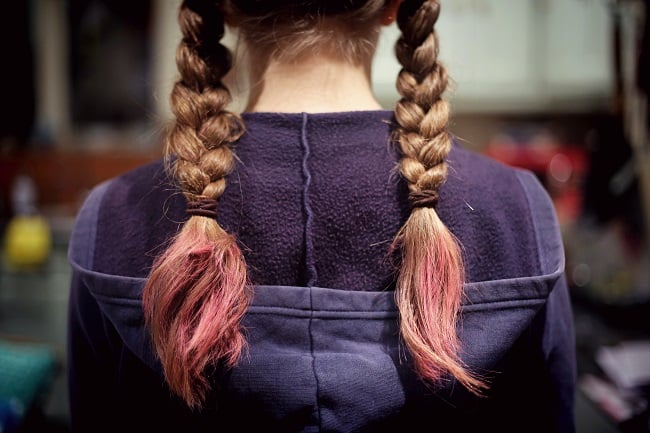 Should a negative FAEE or EtPa result be obtained from a sample tested later than two weeks post-collection, we urge caution. While it may be a true negative, it may also be a false negative resulting from sample deterioration.

There is, however, one situation in which we would recommend an FAEE test - in individuals who have undergone certain cosmetic hair treatments. While EtG analysis of a hair sample is 98% sensitive and specific, some such treatments may reduce levels of the metabolite within the hair sample. Here, concomitant FAEE (or solely EtPa) testing is recommended.

Should hair samples need to be tested for total FAEEs or EtPa, we recommend that the testing itself be performed within one week of collection in order to avoid deterioration and to obtain meaningful results. However, should both EtG and FAEE tests be conducted, our own research - and earlier external studies - confirm that a positive EtG result should overrule a negative FAEE result. Conversely, because certain topical hair treatments can lead to external formation of FAEE, positive FAEE (or solely EtPa) cannot overrule a negative EtG result.

While other labs may advocate for using both EtG and FAEE tests concurrently, our studies show that measuring EtG as the sole direct alcohol biomarker is sufficiently accurate, with no need for additional FAEE testing. In fact, the combination of EtG and PEth testing is far more efficient in monitoring alcohol use than the combination of EtG and FAEE.

Of course, hair testing should be used in conjunction with other measurements - including full blood count, carbohydrate-deficient transferrin testing (CDT) , liver function tests or phosphatidylethanol (PEth) as well as clinical assessment. We compared the efficacy of CDT and PEth, finding PEth to be almost ten times more sensitive than CDT, particularly in cases where hair samples had been dyed or bleached, or to detect alcohol a few days before sampling - a period that hair testing does not normally cover.

Combining a range of measurements will ensure both a full picture of the subject’s circumstances, and that the individual in question receives the best support possible.

For further information about accurate, reliable and fast hair strand drug and alcohol testing, get in touch.

Images via Pixabay and  Unsplash