Get a quote
Cansford Laboratories

Cansford Labs is excited that Founding and Scientific Director, Lolita Tsanaclis, has been selected by Chwarae Teg as a finalist for a Womenenspire award. Chwarae Teg is the charity dedicated to inspiring, leading and delivering gender equality in Wales. Womenspire showcases the remarkable accomplishments of women across Wales.

Born in Brazil, Lolita has been a leader within the Welsh scientific sector for the last 30 years. Currently the Founding and Scientific Director of Cansford Laboratories in Cardiff, Lolita leads the organisation that is at the forefront of drug and alcohol testing to help in child protection cases and to promote safe work environments. As a leader, Lolita has instilled a passion for science in her staff. Empowering the staff around she has developed people to he independent, have their own ideas and to be creative. She would encourage women not be fooled by the ‘myth’ of STEM careers. They are for everyone who is interested in making a difference. 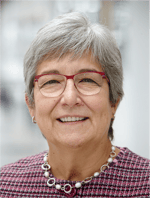 Lolita has been nominated in the category of the Leader, which celebrates women who are successfully leading by example. This is someone defined as not only having been successful in her own right, but having used the opportunities provided by the position she has reached to support and mentor women.

All at Cansford labs and the wider industry know that Lolita fits the bill perfectly!

Taking place on Tuesday 29th September, Womenspire 2020 will be an online awards ceremony streaming on multiple platforms, including ITV Wales