The differences between hair and blood drug testing 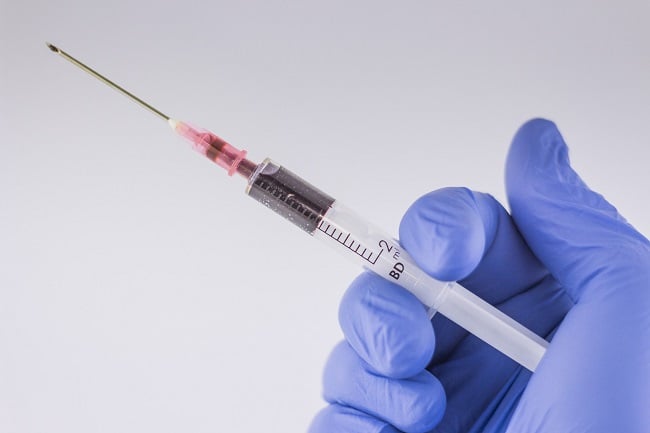 There is a huge amount of variation between different drug testing methods.

While hair and blood testing are similar in that they are the most expensive of all the methods, they couldn’t be more different in terms of their windows of detection and their applications.

Here, we explain the differences between hair testing and blood testing, taking you through how they work, what they are used for, the benefits and more.

Hair testing identifies traces of drugs or alcohol both inside and outside a shaft of hair. When the sample arrives in the laboratory for testing, it is first washed to remove external contamination before any testing takes place: the detection of metabolites is further confirmation of actual consumption as opposed to contamination. In the case of drugs, the test allows the lab to measure the number of drugs and their metabolites in the hair shaft. For alcohol, it establishes whether certain biomarkers of alcohol consumption are present in the hair. Learn more about the process here.

What are hair tests used for?

Hair drug and alcohol testing is a reliable means of establishing an individual’s history of drug or alcohol consumption, distinguishing between casual and chronic use, and chronicling usage over a period of up to 12 months.

What drug and alcohol use does hair testing show?

The exact number of substances varies from laboratory to laboratory. At Cansford, we have the ability to test for 120 substances: alcohol, plus drugs in categories including antidepressants, steroids, new psychoactive substances (i.e. ‘legal highs’,) opiates and more. Contact us for a full list.

What are the cut-offs for hair testing?

What is the collections process for hair testing?

Hair samples are collected under controlled conditions, and by a trained collector. They are immediately wrapped and labelled, before being sealed in a tamper-proof envelope and sent to the testing laboratory. Read more about the collections process here.

What are the benefits of hair testing?

Hair testing is chosen for its accuracy and its ability to determine long term patterns of misuse. It offers the widest window for detection of any testing method: 0-6 months for alcohol, and 7 days to 12 months or more for drugs, depending on the length of the hair.

What are the limitations of hair testing?

While hair testing can paint a long term picture of drug use, it cannot pinpoint the exact date of usage, nor can it confirm the context of use - unless the lab is informed of anything that might affect the test results.

Hair testing is one of the most expensive forms of drug testing, however, its accuracy is second to none - and it can be conducted even if the subject is bald, or if they try to cheat the system.

While other forms of testing are designed to identify the metabolites a drug leaves when broken down, blood testing is different. Parent compounds of illicit drugs and their metabolites can both be found in the blood. In some instances, the metabolite/drug ratio can give an indication of chronic versus single use. Testing is conducted either using immunoassay screening, or with liquid chromatography and mass spectrometry.

What are blood tests used for?

Blood drug tests offer a very short window of detection, and so are used when the subject is suspected to be under the influence of drugs or alcohol at the time of the test. While drugs in urine can be detected for several days - and in hair for several months - the timeframe is typically minutes to hours in the blood. As such, blood testing provides a snapshot of current usage only. It is often used at accident sites to establish whether those involved were under the influence of drugs or alcohol.

What drug and alcohol use does blood testing show?

A wide range of drug types, including alcohol, amphetamines, cocaine, nicotine, opiates, methamphetamines and marijuana - can be detected with a blood drug test. Time is of the essence, however: while barbiturates remain in the blood for 1-2 days, LSD is only present for 0-3 hours.

What are the cut-offs for blood testing?

Cut-off levels vary depending on whether the test is a screening or confirmation test. The starting point is the analytical cut-off by which we can define detection vs. ‘not found’. From there, there are ranges of concentrations of the many drugs found in human blood. For some there are therapeutic ranges within which we know that the drug is optimally active (in a treatment sense). There are also ranges more prevalent in addicts abusing/overdosing deliberately; and then drug levels consistent with death because of the drug found.

What is the collections process for blood testing?

A blood sample is taken from the subject via a fingerstick, from a vein in the arm or from the back of the hand. Once taken, the sample bottles are sealed to avoid any tampering, before being labelled clearly and sent, refrigerated, to the lab for analysis.

What are the benefits of blood testing?

Thanks to the process by which it is conducted, blood drug testing is one of the most accurate testing methods. Any positive obtained during the detection window is a definite positive, and any contaminants can be detected straight away.

As the sample is obtained by a trained collector, there is little risk of tampering when blood testing is used. It is ideal for those looking for a snapshot of current drug use.

What are the limitations of blood testing?

The short window of detection of blood testing means it has limited use compared with other testing methods. It is also the most invasive and costly testing method, with trained medical staff needed for sample collection.

On-site testing is not possible, and results can often take a week to be processed, depending on the laboratory used and the purpose of the test. Finally, low levels of drugs within a relatively small sample can make lab detection difficult - and may lead to false negatives.

Blood tests will sometimes be used when a subject is applying for insurance, or for potential new employees. However, because of the limitations mentioned above, alternative testing methods are more often used.