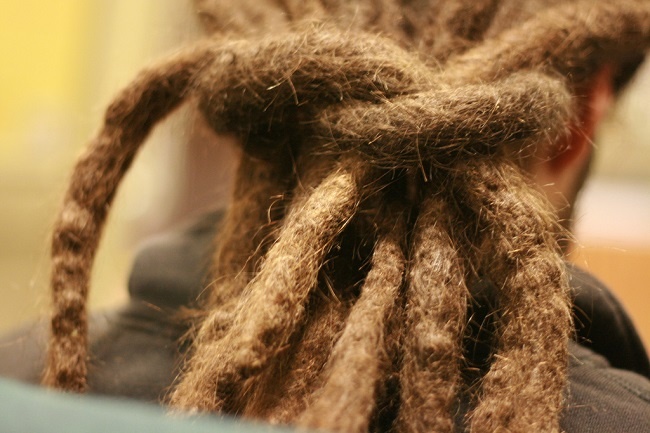 When she submitted a hair sample to the city authorities in Boston, they passed it to a hair testing lab who checked it twice for evidence of drug use - and she tested positive for cocaine. Faced with the choice of a stint in rehabilitation for a drug problem she claims she’s never had or relinquishing her position, Hogan took the third option: a hair test by a different lab at her own expense, which came back negative.

Hogan and nine other officers are now suing the city of Boston for discrimination - because all ten of them have experienced similar false positives, and all ten of them are black.

Research by chemist David Kidwell indicates two problems with current hair testing processes and methodology. Firstly: that the presence of drugs in hair indicates exposure to drugs, not necessarily use. Secondly: that external and ingested cocaine, in particular, binds well to eumelanin - a chemical which is more present in black hair. The argument goes that current hair testing methods are - albeit inadvertently - biased against ethnic groups where black hair is prevalent.

Cansford co-founder John Wicks asks if there is truly an issue - as far as the science itself is concerned.

Our process is designed to eliminate false positives where possible. We analyse the hair sample and the solution in which it’s been washed, to establish how much of the drug is present in both. Only if there’s ten times as much drug in the hair as there is in the wash do we feel confident in saying actual use is likely to have taken place.

We also test inside the hair for specific metabolites (such as benzoylecgonine, cocatheylene and norcocaine, in the case of cocaine) which are only produced if the drug has actually been in the body. This clarifies the test results further, separating the presence of the drug from evidence of its use.

If an applicant’s test comes back positive, the drug is undeniably there. The question that employers need to ask, therefore, is, “How did it get there?” The applicant may have a partner who uses, there may be heavy usage in their community, and those are relevant concerns - particularly in police work.

Our advice to employers is simple. If you trust your employee and believe that they aren’t using drugs, advise them to stay away from any potential exposure, wait four months and re-test.

In other circumstances - such as family court procedures, where children are at risk - the results need to be evaluated with more sensitivity. Emphasis needs to be on the long term, not on ‘catching’ a single result. The pattern social workers and family lawyers should be looking for is heavy use, followed by a progression of lower and lower results.

As we’ve said before, the testing itself is just one part of the process. The interpretation of results is equally important, and that comes down to the circumstance and the information the testing lab gets from the organisation, lawyer or social worker conducting the test and the testee themselves. Only this full picture will give us the best chance of an accurate interpretation.