Anabolic steroid use has stereotypically been associated with bodybuilders, but times are changing. Now, these substances - also known as juice or roids - are becoming more and more mainstream, with today’s users either swallowing or injecting far greater quantities than the likes of Arnold Schwarzenegger did back in the days when they were legal.

There is currently nothing illegal about possessing anabolic steroids for personal use, due to their Class C status. However, importing or exporting by either post or courier is an offence, meaning that the increasing number of people now buying these drugs online - particularly via social media - are committing an offence by doing so.

As usage rises, it’s likely that the number of people negatively affected by anabolic steroids will increase, too. These are drugs that can have serious side effects - including aggression - and that can be potentially lethal in large doses.

In the workplace, the issue needs to be stamped out before it becomes as serious and widespread a problem as the misuse of prescription drugs. So, just how big a problem is it - and which sectors are the most affected?

A major reason behind the increase in anabolic steroid use is the increased ease of purchase of such substances, particularly via social media. In early 2020, research from The Times found over 31,000 posts about the steroid Dianabol alone, with one seller - who regularly posts images of the pills and injectable liquids he has available - boasting over 4,000 followers.

"Steroids are no longer purely the domain of competitive weightlifters and bodybuilders."

It means that those looking to bulk up their physique with anabolic steroids are now able to do so without even leaving their homes. While some will still acquire their steroids of choice from sellers they have come into contact with through their gym or the bodybuilding scene, the boom in Instagram availability means that a wider audience now has access to such substances. They are no longer purely the domain of competitive weightlifters and bodybuilders, but are increasingly being used by those whose working lives require a certain level of strength, or where body image is a focus.

While some individuals use steroids purely to enhance their personal appearance (the "Love Island effect" is being widely blamed), others choose to do so to enhance their performance at work, for instance those working in the security sector, the military and the leisure industry.

As previously mentioned, anabolic steroids are Class C drugs - meaning that possession is legal if for personal usage only. Combine this with the fact that these drugs enable workers who take them to bodybuild and to feel more confident in carrying out their job, and it is easy to see why they may be used. 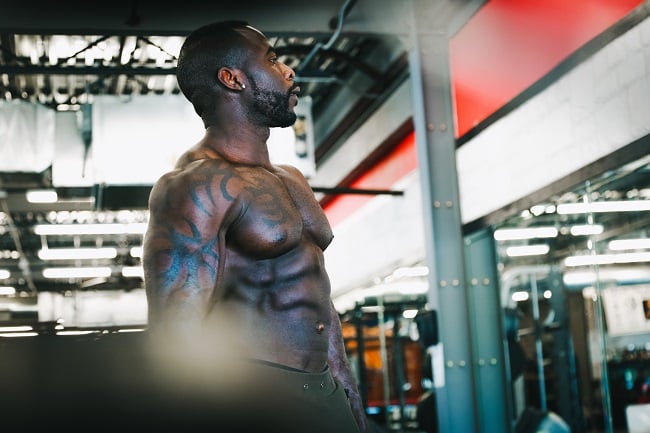 However, we urge employers in the security, military and leisure sectors to include testing for anabolic steroid use in their workplace drug policies. Legality is one thing - but such substances can have a devastating effect on both safety and personal health.

The dark side of anabolic steroid use

When prescribed by a medical professional and used according to their instructions, it is unlikely that anabolic steroids will cause anything more than mild side effects. However, those who use them without a prescription as performance-enhancing aids are likely to use them in higher quantities, and without medical advice.

The potential side effects of such use are far-reaching and can be deadly. Physical effects can range from hair loss and hormone problems to heart attacks, hypertension, blood clots and liver or kidney failure, all of which can be fatal.

A study conducted by Public Health Wales into IPED (image and performance-enhancing drug) usage included details of adverse effects and problems reported by users. For men, the top three issues were testicular atrophy, change in sex drive and sleep difficulties, while for women, the three most commonly reported issues were nausea, sleep difficulties and mood swings.

These side effects also highlight that serious psychological problems can occur as a result of anabolic steroid usage. Aggressive behaviour (“roid rage”), mood swings, manic behaviour, paranoia, hallucinations and delusions can all stem from anabolic steroid misuse. These issues will not only have a significant impact on those experiencing them - but can also cause serious problems in the workplace: problems that could be avoided by implementing a rigorous steroid testing programme and wider workplace drug policy.

How Cansford Labs tests for steroid use

We have been testing individuals for anabolic steroid misuse since 2013, and while many labs choose urinalysis for this purpose, we instead test hair samples for the presence of such substances.

"Hair testing allows us to build a month-by-month picture of steroid use."

Hair testing offers numerous benefits over urinalysis. While a urine sample can tell if an individual has steroids in their system at that moment, hair testing will reveal trends in steroid misuse over a period of seven days to six months. This allows us to build a month-by-month picture of steroid use, establishing whether an individual’s issues with steroids are worsening or becoming better.

This testing method is also non-invasive, incredibly accurate and extremely hard to cheat - giving employers confidence in their testing programme, and allowing them to focus on providing support and rehabilitation to those who need it most.

Anabolic steroid misuse is becoming an increasingly serious issue in the UK - not just amongst gym-goers and bodybuilders, but in certain industries where image and strength are vital for success. While personal usage is legal, the physical, emotional and psychological side effects of steroid use can be devastating. Can you afford for your employees - and the people they encounter on a day-to-day basis - to be affected?

Images via Pixabay  and Unsplash