Get a quote
Drug and DNA testing

How ‘party drug’ use is falling in favour of alcohol

In May this year, we investigated whether lockdown had changed UK drinking habits: while pubs and bars had closed, statistics had revealed that retail alcohol sales had surged in March.

However, survey data also revealed that lockdown drinking behaviour was very polarised: while some individuals did report an increase in their drinking, others revealed that they had cut down significantly, or even stopped altogether.

In late April, we also questioned the implications of lockdown for users of illegal drugs, positing that drug purity could decrease, users could switch to more dangerous alternatives with supply low, or that unmanaged withdrawal could potentially rise.

Now, four months since lockdown began, we are seeing one major trend, with ‘party drugs’ like cocaine and ecstasy falling from favour, but alcohol and cannabis usage on the rise. Here, we explain why - and why it matters.

The Trans-European COVID-19 and drugs survey, the respondents to which included over 1,000 UK residents, revealed a significant shift from the use of stimulants to the use of depressants. While 52% said that they normally take cocaine, this figure fell to 24% during lockdown. Half of drug users said they usually use MDMA powder, and 44% use MDMA pills, but the percentage using either has fallen to 9% during lockdown. And while nearly half of the survey’s drug users generally use ketamine, this has dropped to under one in five using the drug during the lockdown period.

“They don’t want to take them at home and bounce off the walls."

Professor Fiona Meacham, director of drug charity The Loop, believes that this is because “they don’t want to take them at home and bounce off the walls”. And with clubs closed, house parties no longer allowed and raves and other nightlife currently illegal - plus the fact that certain drugs are potentially less readily available - it is understandable that the use of substances like these has fallen.

However, it appears that while the use of certain substances has decreased, other substance misuse is actually on the rise.

A rise in alcohol use

Party drugs may be falling out of favour, but the same can’t be said for alcohol use. Of the drinkers surveyed, over half stated that they are now drinking more frequently, while almost a third of this group stated that the quantity that they drink has risen.

These figures are echoed by interim results from the Global Drug Survey, which show that 55.7% of respondents are now drinking on more days of the week, 46.8% are drinking earlier in the day, and 33.1% are binge drinking (defined for the survey as consuming five or more drinks in a single session) more often.

Globally, the reasons given for this changing behaviour were boredom and having more time available to drink, anxiety about COVID-19, depression, worry, and being lonely. 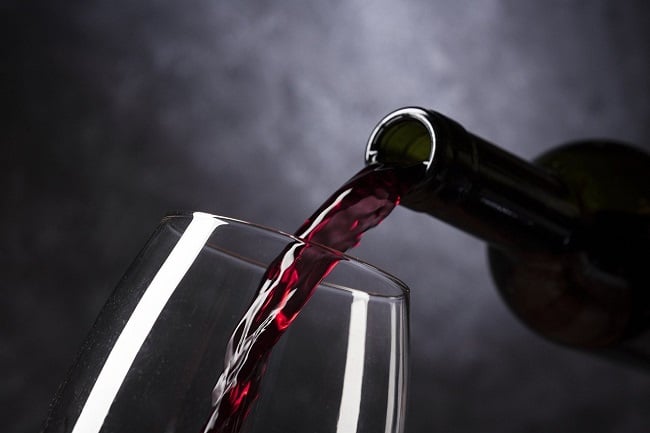 The Trans-European Covid-19 and drugs survey also shows that while nearly 60% of respondents normally use cannabis, the figure has dropped during lockdown. However, this fall is less pronounced than for ‘party drugs’, with nearly half of respondents stating that they have still been using the drug throughout the lockdown period.

This tallies with research that shows cannabis users to have stocked up on the dark web at the start of lockdown, as well as with other studies that actually show a rise in cannabis usage, mainly due to boredom, isolation, or the need for a coping mechanism.

"Regular cannabis use, meanwhile, has been linked with anxiety and paranoia."

A rise in alcohol and cannabis usage may seem preferable to the use of drugs such as MDMA and ecstasy, but both come with their own problems. Alcohol has been shown to be a major contributing factor to incidences of domestic violence - particularly worrying when individuals and families have been spending more time at home than ever before. Regular cannabis use, meanwhile, has been linked with anxiety and paranoia, as well as a lack of interest or motivation in regular day-to-day life.

Coupled with a global pandemic and its potential social implications - job losses, fear of the unknown, reduced income and health concerns, for example - an increase in alcohol or cannabis usage could have devastating effects on families across the UK. For this reason, it is more vital than ever that drug and alcohol testing is conducted when required, to help to control the potential social implications of addiction before they become too serious.

There are various options available to social workers and family lawyers looking to establish clients’ alcohol and cannabis usage levels.

A hair strand drug test is one of the most accurate testing options for both drugs (including cannabis) and alcohol. This testing method can detect levels of alcohol and drugs in an individual’s hair anywhere between seven days and six months after use, making it ideal for establishing usage history, and for regular testing to determine whether usage is increasing or decreasing.

In addition, finger prick tests(for which we became the first UK lab to be ISO 17025 accredited) measure the level of alcohol biomarker PEth in an individual’s system, and can distinguish between whether an individual is an occasional drinker, a moderate drinker or drinks to excess. It can be used in conjunction with a hair test to provide a view of the last month’s alcohol consumption, or as a standalone monitoring test on a monthly basis to monitor patterns of consumption.

While the decrease in usage of ‘party drugs’ like ecstasy and cocaine during lockdown is positive news, the rise in alcohol use and continued high levels of cannabis usage amongst the UK population could lead to significant social and domestic problems if not spotted, addressed and managed. For this reason, we recommend regular testing for those affected, in order that they can receive the support that they need, and that the issue can be resolved before its effects on the individual and their family and friends are too drastic.

To find out more about accurate, fast and reliable drug and alcohol testing, get in touch.

Images via Unsplash and  Pixabay