Hair testing for drugs, as an expert witness

Why use hair testing over any other form of drug testing?

While urine or oral fluid (saliva) testing will help you to detect drug use a few hours before sampling, they will not reveal an individual’s drug history. Hair, on the other hand, will not reveal current drug use, but covers timescales of up to 12 months or longer. For children at risk cases in family law, this retrospective window of detection has a great deal of value.

The results of a hair drug test can reveal a considerable amount about a parent or guardian’s substance use. While oral fluid or urine testing can establish whether an individual is under the influence now (or has used drugs in the preceding few hours), it will miss a “party habit” every two weeks. It won’t establish whether there is a pattern of use or non-use. And it won’t tell you whether an individual is truly safe to drive, safe to operate machinery, at risk of working “under the influence” or causing risk to a child or children as a result of their drug use. That’s where hair testing comes in.

Some may shy away from hair testing, perceiving the cost to be far higher than for urine testing.

And that’s true. On the surface, a hair test is significantly more expensive than taking a urine sample - but it’s the value of the two types of test that matters.

A hair test can help to prove abstinence over months much more reliably than a urine test. To be confident of surveying a month’s drug use, at least eight urine tests are required - or 25 to cover a three-month period. In hair testing, just a single sample is needed.

When the hair sample is sufficiently long, multiple sections can be tested. Each section represents blocks of several weeks, and any changing pattern of drug use may be revealed by detecting increasing or decreasing levels over longer periods.

What will hair testing show?

It would be incredible to be able to state with authority that a specific level of drugs detected equates to ‘X’ amount of drugs used on ‘Y’ day. Some labs will make this claim, but it’s simply not possible - and this article explains why.

Your testing laboratory, however, will be able to indicate when drug use may have occurred, using self-reported behaviour to corroborate the evidence. Similarly, the lab should be able to give an indication, based on the cumulative results of its testing experience, of the level of drug use.

All drug tests should be interpreted alongside a clinical interview with the subject by a skilled drugs counsellor.

How accurate are hair testing results?

Hair testing is an accurate form of drug testing - but some factors could interfere with results.

Dyeing or bleaching hair - or using any other chemical treatments - may damage the outer sheath of an individual’s hair, leading to drugs leaching from the hair. In fact, just one bleach treatment can remove 50% of the drug metabolites in a single hair sample - but that means the remaining 50% can still be detected. In practice, this is a relatively rare event, and should an individual’s head hair be completely unsuitable for testing, we can still use body hair - or fingernails - for an accurate result.

Since the press coverage of a black Boston police officer who tested positive (reportedly falsely) for cocaine usage in a random police drug test, there have been claims that hair testing is subject to racial bias. It is true that hair colour plays a part: drugs bind to melanin in the hair, with less melanin present in lighter-coloured hair, leading to a lower likelihood of drug detection - and vice versa. This is one of many reasons why we can’t equate a certain level of drugs detected with a specific amount of usage by an individual - but by using clearly defined cut-offs to determine whether a result is positive or negative, and including information from the client about their claimed usage, we can still maintain accuracy.

What if my client is bald?

It may be that your client’s preferred hairstyle is a shaved head. It may be that they suffer from alopecia or have lost their hair due to cancer treatment - or they may have shaved their head in an attempt to beat a hair test.

In the absence of head hair, we can instead test body hair for the presence of drugs. However, its more variable rate of growth means the timescales will be less clear, with any drug found in body hair “smudged” over a greater time window. 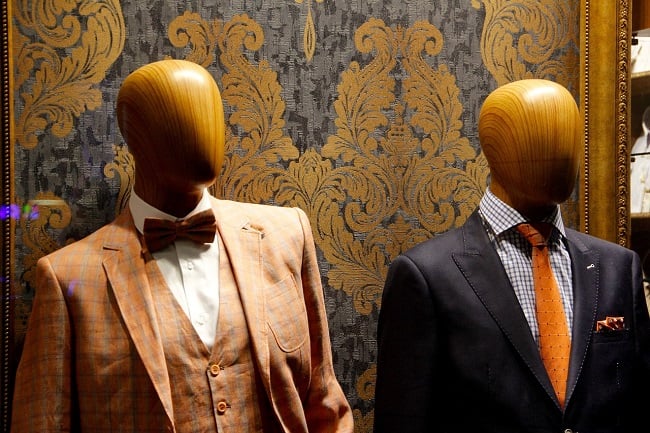 However, there is potentially greater value in a negative drug result from body hair, as, for example, pubic hair grows far more slowly than head hair, representing a longer period in comparison.

In the rare case of a client with no body hair whatsoever, there is still a solution: we can use fingernail testing to ascertain whether drugs have been used.

It is possible that being surrounded by cannabis smoke at a party or accidentally touching a surface where cocaine has been snorted and running fingers through hair can lead to contamination. But any reputable testing laboratory will have procedures in place to distinguish between drug use and external contamination.

In our experience, external contamination is very rare, except in heavy drug users and individuals dealing drugs.


While some may question the cost of a hair test, its accuracy, its lower likelihood of being cheated compared with other methods and its sensitivity to occasional, sporadic use means that this form of testing is of great value in cases of all kinds. While urine or oral fluid testing is undoubtedly valuable in assessing compliance with treatment, they cannot demonstrate use or abstinence within a one-month or three-month period.

In family law cases, pre-employment drug testing and mid-employment random testing, it’s vital to know whether an individual has used drugs. As long as the client is adequately informed about what the test will involve and what it will show, it will cut out a significant amount of debate of what they haven’t taken, creating an efficient, powerful means of getting answers.

To ensure that your hair drug testing will hold up in court, download our hair testing checklist.