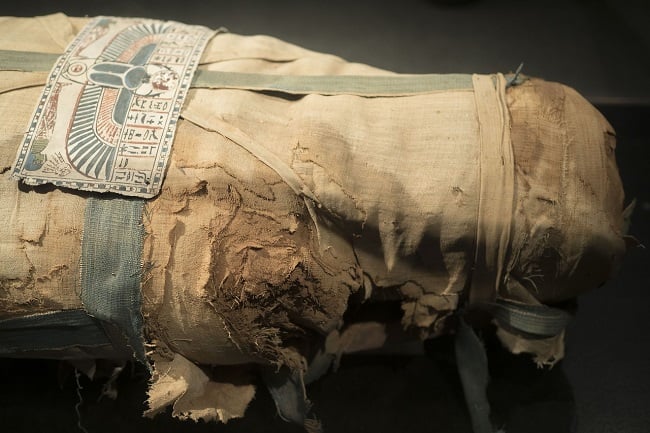 Our “hair raising cases in hair testing” series has already covered how hair testing helped to uncover whether an unknown woman was actually Russian royalty.

In our latest installment, we examine the curious case of the ‘cocaine mummies’ - the remains of ancient Egyptians that were imbued with traces of the drug. Did this mean they had an unlikely taste for Class A narcotics, or was something else at work? Hair testing found the drug initially, but the mystery highlights the crucial need for expert interpretation and chain of custody alongside test results.

Where it all began…

In 1972, a team of scientists in Paris - including Dr. Michelle Lescot - was tasked with repairing the mummified remains of pharaoh Ramses II. Dr. Lescot discovered that fibre fragments contained within the bandages were actually fragments of plant, and on further analysis, that they were, in fact, tobacco. Her later analysis of samples from the pharaoh’s abdomen confirmed the substance.

It was news that made huge waves, mainly because of its improbability. Doubters highlighted that the tobacco plant, from which nicotine are derived, could only be found natively in South American countries...so how could these people have used such substances so many centuries prior to Columbus’ famous voyage to the continent in 1492?

Three theories came to prominence. The first suggested that modern-day humans had smoked the substances in the vicinity of the mummies since they had been unearthed, causing contamination that was picked up by the tests. The second was that these plants could actually have been grown in Ancient Egypt - after all, these were a people known for making the most of the plants around them. Lotus plants and poppy seeds, for example, are documented to have been used as stimulants during those times.

The third theory was that the Ancient Egyptians had actually discovered the Americas long before Christopher Columbus, and had brought back tobacco and cocaine for their own consumption. But while an attractive theory, and one with more romance and excitement than the others, it was widely derided. There's no doubt of Ancient Egypt's ship-building prowess, with the Nile having been used as a major shipping channel from the earliest recorded times. But if they had discovered South America, surely there would be written records of this fact?

It was clear that more testing was needed, to sort the fact from the fiction. But things got weirder...

In 1992, German scientist Svetla Balabanova and her team were involved in a programme that aimed to uncover how ancient societies used hallucinogenic drugs. Mummified ancient priestess Henut Taui - along with eight other mummified bodies - produced results that astounded the team.

Every single one of the nine mummies tested positive for cocaine and hashish, while eight also revealed traces of nicotine. And again, the world reacted with incredulity. There were too many “what ifs”, too many obstacles to believe that the results were true… weren't there?

Balabanova repeated the tests in the wake of the controversy, using radioimmunoassay and gas chromatography/mass spectrometry (GC/MS) - testing methods which are regularly used in modern day drug testing - and got the same results. The bones, soft tissue and hair of the mummies all contained traces of the drug, ruling out the possibility of external contamination.

Further research by Parsche and Nerlich in 1995 - which included samples from the intestines and liver - revealed that the nicotine and cocaine were most likely ingested, while the hashish was probably inhaled. And later, new research from Balabanova showed that 79% of the 71 additional mummies that were tested (using bone and hair samples) were positive for cocaine. Interestingly, the highest concentrations of the drug were found in the mummies that were youngest when they died.

The proof is in the hair testing

It wasn’t just Balabanova’s hair tests that revealed unexpected traces of these substances: multiple tests by other scientists over the subsequent years confirmed the result. But just how accurate were these test results likely to be?

While, at the time, it was still early days for hair drug testing, that’s not to say that the methods were unreliable. The scientists used both radioimmunoassay and GC/MS testing of the hair samples, carefully washing the samples beforehand, to avoid the risk of false positives through contamination.

But the test results alone are not enough. In order to be truly useful, hair test results must be expertly interpreted.

Interpretation involves working to rule out any extenuating circumstances that may affect test results. In the case of the cocaine mummies, there were plenty of circumstances that were suggested to have affected the results. Were the traces a result of contamination by modern day people smoking around the mummies? Did the mummies genuinely date from Ancient Egypt? Could these substances have been a byproduct of decomposition? Were the results themselves fabricated?

Every Cansford Labs test report will include the toxicologist’s interpretation of the test results, along with a detailed breakdown of the chain of custody, from sample collection right through to analysis. This ensures that the validity of the sample and the testing process are confirmed from start to finish, removing any doubt about the results.

It may be hard to believe that the Ancient Egyptians were using THC, cocaine and nicotine some 3,000 years ago, but of the three theories, it has the most validating evidence. The combination of a highly accurate testing method and careful, expert interpretation of the results suggests that, while their use may have been medical or even accidental as a result of the use of indigenous plants for other purposes, these addictive substances have been used for centuries longer than we once thought.

With no way of knowing for sure, the case of the cocaine mummies highlights just how vital interpretation can be in drawing the most valid conclusion from a hair drug test.

If you enjoyed this piece, read our article on how hair testing helped determine whether an unknown woman really was Russian royalty.