Fingernail testing: How does it work and when should you use it? 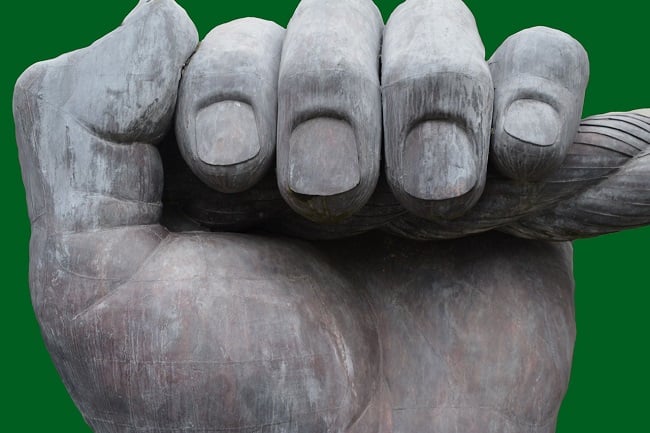 People will do all sorts to avoid a hair drug test. Shaving their heads, bleaching their hair. But while these tactics may well mean that head hair can’t be tested, they won’t escape that easily.

In these cases, we’ll offer the client two options: body hair drug tests, or fingernail drug testing. While we’ve been doing the latter for over seven years, with several hundred cases on our records, it’s become far more popular in recent months. So much so, in fact, that our own Lolita has contributed to a joint research paper on whether there are significant differences between hair and fingernail test results.

So, how does fingernail drug testing work, and when should you use it?

How fingernail and toenail testing works

At Cansford Labs, we use nail clippers to take a nail sample, clipping down as far as the top of the fingertip. We can only take nail samples that have a normal appearance that are not painted with nail varnish: we advise clients to ensure their donors are aware of this before the collection takes place. We are also unable to take samples from those with diabetes or peripheral artery disease, as these can affect the results.

While hair can be sectioned to time stamp an individual’s drug use, this is not possible with nail testing: the results of the liquid chromatography with mass spectrometry analysis will simply reveal whether or not the donor has used the substance we are testing for.

However, there is a difference between fingernails and toenails in terms of their growth rate. As toenails grow more slowly, a toenail sample collected from a donor will tell us whether the substance has been used in the last 12 months. However, the faster growth rate of fingernails means we can narrow this window down to the last six months.

When should you use fingernail or toenail testing?

Nail drug testing is often a last resort. But that doesn’t mean it’s not accurate, or that it won’t stand up in court.

While head hair testing is our preference, if a donor is bald or has chemically treated hair - or if hair testing is ruled out for religious reasons - we turn to body hair.

Similarly, if a donor has alopecia and, as a result, severe anxiety about their cosmetic appearance, we will avoid head hair testing. It may be that donors with alopecia have been tested previously by labs that take a large chunk of hair - and while the amount of hair sampled by Cansford Labs is small, we understand that these donors will be anxious not to lose further hair.

It may be, however, that we are unable to test body hair: in some cases, a donor will not have enough, or they may have shaved it for competitive sports, such as cycling. In some instances, the donor may be aware that body hair is a fallback option when head hair can’t be tested, and remove any hair to avoid being tested.

That’s where nail testing comes in. While this is the “last resort” in a list of testing options, it will still allow us to provide a reliable yes/no view of whether the donor has used drugs in the last six months (or 12 months in the case of toenails) - as confirmed in our recent research report.

Should hair and fingernail testing be used together?

While some clients believe that both hair and nail testing should be used side by side for truly definitive results, it’s only rarely that we would recommend using both methods on the same case.

In the latter case, their hair sample may only cover a timeframe of a month or two: any drug use from further back will not be detected. With fingernail tests covering the last six months, however, we may still see a positive result even if a negative is detected from the short hair sample.


While both hair and fingernail testing can accurately and reliably detect whether a donor has used illegal substances, the two testing methods differ significantly in their applications and in the level of detail the results provide. For an overview of drug usage in the last six months, nail testing is highly accurate - but we would only recommend it to clients in the absence of head or body hair, or if the body hair is too short to cover the required timeframe.