Get a quote
Drug test results

What do drug levels in the system mean in reality? 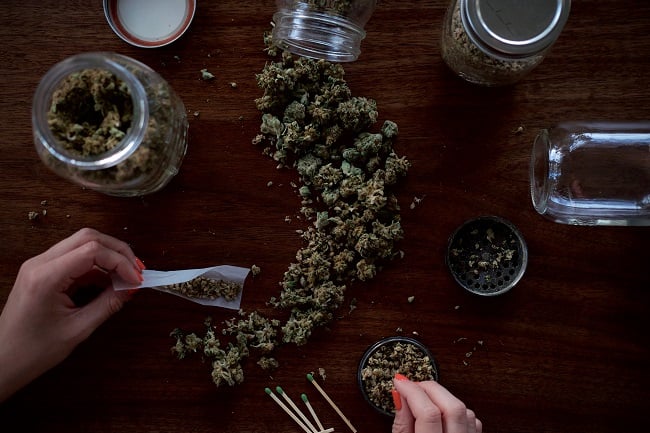 Every drug and alcohol test that Cansford Labs conducts will result in a report that explains the results. Substance levels are shown as numbers, and we'll also include our interpretation of what it all means - based on the results and the information given to us by the client.

We can say with some confidence whether a person has used cocaine in the past month, and if the lawyer tells us they’ve said they attended parties in that time, we can build up a likely picture. What we can’t say, is exactly how much cocaine they used. X levels of drugs in the system does not immediately equate to a specific number - there are too many variables to be so precise.

While it would be incredibly useful for family lawyers and courts to know definitively that a certain number of milligrams of drugs detected equates to 15 joints smoked each week over the last three months, it just isn't possible - for a variety of reasons.

Metabolism varies from person to person

In drink driving campaigns, organisations will often claim that x number of pints of beer will take an individual over the drink driving limit. However, this is not necessarily the case. Someone dependent on alcohol will metabolise the substance far more quickly than the occasional drinker, meaning that a similar level of alcohol in the body may be registered if the former has drunk four pints, and the latter has drunk just one.

The same is true of drugs, with the effect on the body varying depending on how quickly an individual can metabolise that substance. For this reason, it is impossible to determine precisely how much of a substance someone has used.

Drugs vary wildly in their strength

How many of today’s drug users know exactly what they’re using? Thirty years ago, cannabis smokers, for example, would have had a choice of either resin or plant material, with the resin much higher in cannabinoids. Over the years, however, a vast array of cannabis strains have emerged. Skunk, Blue Dream, Purple Kush, Sour Diesel...all of these strains have varying levels of THC - and the amount contained within the plant material has, on average, risen from around 2-3% 30 years ago to up to 25% today.

A certain level of THC detected in a hair test could reveal that a donor is either using a great deal of a strain that is low in THC, or a small amount of something far purer. Stating a certain THC level equates to four or five joints is unscientific - it is impossible to define exactly how much of a particular drug an individual has used.

External contamination can come into play

A low concentration of, for example, THC in a hair sample can’t confirm cannabis use alone: the presence of its metabolite must be detected. And this is where external contamination can come into play.

Every hair sample will have a different fat content

Every strand of human hair contains a microscopic gland called the sebaceous gland that secretes a fatty substance called sebum. This substance is used to lubricate the skin and remove old skin cells - and the quantity of these secretions varies from person to person.

This is important for hair drug testing, as THC dissolves in fats. The higher the level of sebaceous secretions, the higher chance there is that THC will enter the hair, meaning a greater likelihood of a positive test result. This is another variable that can affect the outcome of a drug test, and make it difficult to pinpoint exact drug use.

Pigmentation and hair treatments can play a part

Drugs bind to melanin in the hair - but the level of melanin present can vary from person to person. Those with lighter hair have less melanin present, meaning a lower likelihood of detecting drug usage.

To get a definitive, quantified level of drug usage from a hair test, the laboratory would need to have an enormous database that featured every possible hair colour and hair type. With humans exhibiting a total of around 250 different hair colours, you would need hundreds of thousands of subjects, each giving detailed, accurate information about their substance use. Even then, the other variables on this list would impact the results too.

It’s not just natural hair colour that can impact the results of a hair drug test, though. While we can still determine whether a substance is present in bleached, dyed or otherwise chemically treated hair, such treatments can “make the hair more leaky and lower the amount of drug retained by the hair”. As such, the results of any database would be skewed.

The half-life of a drug is a measure that determines how long it takes for the total concentration of the drug in the body to reduce by 50%. If a 100mg dose of a drug with a half-life of 10 minutes is ingested, for example, the level in the body will be 50mg after 10 minutes, 25mg after 20 minutes and so on.

With this in mind, it would theoretically be possible to create a standard database of drug use levels based on the quantity discovered via hair testing. However, different people will metabolise different drugs at different speeds - and with so many variations in a single drug’s strength and concentration, metabolised versions of some substances can linger in the body for up to ten times longer than the “norm”.

Tests are only one part of the story

Getting the results of a drug test is only one part of the testing story. The second part is the interpretation of the results. It is always good practice to check whether the drug test result(s) are consistent with the subject's behaviour in that same period. In many ways, the exact number of joints a person smoked or the number of lines they cocaine snorted is irrelevant. The context is what matters. In a previous blog, we said that alcohol isn’t the problem – behaviour is. This goes for the use of drugs, too. So, not only is it scientifically impossible to talk in absolutes when it comes to ascertaining exactly how much of a drug a person has taken, it’s not the be all and end all of a family law case.

Why does all this matter?

In substance misuse cases, courts crave certainty: they want definitive answers. To offer a report confirming that an individual had taken exactly x quantity of drugs would certainly impress a judge: a simple, straightforward and easy to understand analysis of an individual’s drug usage.

However, this manner of testing - which is already being used in certain family law cases - is wildly inaccurate, unscientific, and not bound by ISO 17025 standards, to which reputable testing laboratories adhere.

In theory, this could mean that subjects who have done everything they can to get clean could still test “positive”, losing access to their children as a result of a flawed testing process.

The answer? To use hair drug testing solely in ways that comply with standards - and, as we are keen to see, to increase the level of regulation in the hair testing industry. Without better regulation, cowboy testing laboratories will continue to use unscientific methods that should not be allowed to be used as evidence in court.