Everyone seems to have an opinion about family law. The problems is, many of them are wrong.

Here, in no particular order, are ten of the most popular myths surrounding family law:

Perhaps the most popular and enduring myth of all: that if an unmarried couple live together for a certain amount of time they become ‘common law’ husband and wife.

They don’t. Under the law as it stands at present, unmarried couples do not gain any rights against each other simply by living together. This can, of course, mean serious hardship for someone at the end of a long unmarried relationship, who cannot then make any financial claim against their former partner.

This very common myth appears in the popular media, on a virtually daily basis, especially in relation to celebrity divorces.

But there is no such thing as a ‘quickie’ divorce. Everyone must go through the same divorce procedure, no matter who they are, save in the very rare cases where the divorce is defended.

It will be interesting to see whether this myth survives the introduction of the new system of no-fault divorce, expected later this year. Under the new system it will not be possible to defend a divorce, and every divorce will take a minimum of six months.

This one is perhaps a little different, as there are some in the family law community who believe it to be true.

The idea is that family lawyers have their busiest day of the year, known as ‘Divorce Day’, on the first working day of the New Year, with couples eager to get divorced after having to spend the Christmas holidays with their spouse.

But there is very little evidence for this, and most family lawyers will tell you that Divorce Day is no more than an invention of the media.

This is one that anyone with an interest in family justice will come across regularly, particularly on social media.

The myth is that the family justice system in general, and family court judges in particular, is/are biased in favour of mothers in proceedings relating to arrangements for children.

But it is simply not true. There is nothing in the law that favours mothers over fathers. Cases will always be decided on the basis of what is best for the welfare of the child involved.

It is true that in the majority of cases children spend more time living with their mothers than their fathers, but that is due to societal factors, rather than any bias inherent in the system.

The myth here is that the parent with whom the child is not living, let us say the father, is not entitled to have contact with the child unless he pays child maintenance.

This is not true. There is no direct connection between the payment of child maintenance and the amount of contact that the father will have. A father who pays no maintenance may still have contact, if (as is usual) that is best for the welfare of the child.

This myth does have a grain of truth in it, but the effect of one party’s conduct is often grossly exaggerated. Only extremely serious conduct will affect the financial settlement, and such conduct is very rare. Less serious conduct, in particular adultery, will have no bearing.

This myth comes from the fact that, unlike other countries, the law here does not automatically recognise pre-nuptial agreements.

But to think that pre-nuptial agreements are worthless would be quite wrong. The court will usually give effect to a pre-nuptial agreement that is freely entered into by each party with a full appreciation of its implications, unless in the circumstances prevailing it would not be fair to hold the parties to their agreement.

You don’t need a court order if you agree finances

This is a particularly dangerous myth.

It is, of course, best for divorcing couples to sort out arrangements for finances by agreement. But it is essential that they then have that agreement incorporated into a court order, usually referred to as a ‘consent order’. Only then can they be sure that the agreement is final and binding. Without an order either party could potentially come back for more, even years after the divorce.

Unmarried fathers have no rights

Whilst it is true that an unmarried father does not automatically acquire parental responsibility for a child in the same way that a married father does, they can usually acquire it quite easily. And the fact that a father is not married to the child’s mother will have no bearing upon the amount of time that the child should spend with him.

Assets are always divided 50:50 on divorce

Lastly, another myth with a grain of truth in it.

There is a ‘starting-point’ in all divorces that each party is entitled to an equal share of the assets of the marriage, unless there is a good reason to the contrary. However, this does not mean that assets are always divided equally on divorce. In very many cases there will be a good reason for one party to have more, for example where their financial needs are greater than those of the other party. 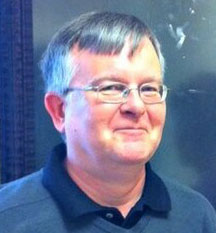 John Bolch is well-known as one of the UK’s leading family law bloggers. He gave up practising in 2009 and now works freelance as a writer on family law matters.