Get a quote
Family Court

We’re no strangers to speaking and exhibiting at events. We make regular appearances at all kinds of exhibitions and conferences to spread the word about hair and other forms of drug and alcohol testing with a variety of audiences.

This November, though, we sponsored and spoke at a brand new event to us: the Family Law Bar Association (FLBA) National Conference in Oxford.

The FLBA is a specialist bar association for family barristers and now boasts over 1,700 members. Its annual National Conference takes place every autumn, and is an opportunity for members to get together and share knowledge and opinions on a variety of family law topics.

This year, Cansford Labs co-founder John Wicks gave a presentation on the subject of hair tests and how to interpret the results. Family lawyers will sometimes encounter the issue of two labs returning different hair drug test results for the same subject, leaving them unsure as to how to interpret the results in a way that will stand up in court.

That’s not to say that hair drug and alcohol testing has no place in a family court setting - it’s quite the opposite, in fact. With a trusted and accredited lab; a watertight collection, analysis and reporting process; and accurate interpretation of what the report actually means, this form of testing can be the make-or-break evidence needed in family court cases.

If you were unable to make the FLBA National Conference, here’s a synopsis of John’s explanation of the issue.

How and why hair testing results can vary

In his presentation, John explained that courts can sometimes see the numbers described in hair testing reports as black or white: clear-cut yes or no statements. They will look at whether the subject is shown to have drugs in their system at that particular moment, and make their decision based on that single figure.

The reality, in fact, is that the full report will reveal far more than what’s going on in the here and now: a wealth of trended information that can be used to help to answer all manner of questions from family lawyers and courts. But if two different labs offer two differing reports, how can you be sure that you are interpreting the information in the right way?

At the conference, John covered two main ways in which different results from different labs can vary: how the sample is taken, and variation in hair growth.

One major reason, as John explained in his presentation, why the same subject can receive two different hair test results from two different labs is down to how the sample is actually taken.

According to hair drug testing literature, a sample of hair can be taken by separating a lock, curling it up on itself and securing with a rubber band as close to the scalp as possible to ensure a close clip. However, this is not something that we would advise.

Collecting the sample in this way creates a cone effect, meaning that it is virtually impossible to achieve a straight line. And with this straight line required to accurately segment the hair so that it shows substance usage in different time periods, it can account for variation between labs.

In the anagen phase, the hair is constantly growing - continually taking up any drugs that may be present in the bloodstream. In the catagen phase (which accounts for around 15% of the hair on our heads), the hair remains on the head but has stopped growing, detaching itself from the blood supply meaning that it can no longer take up any traces of drugs in the subject’s system. 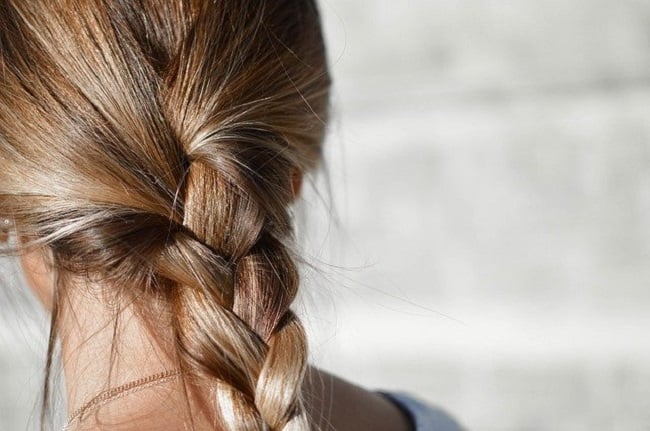 Hair in the anagen phase moves past the hair in the catagen phase, creating a memory of an individual’s drug use from 3-4 months ago. 10-15% of any sample is also likely to be hair in the telogen phase: “sleeping” hair that neither grows nor falls out, simply remains in place. Hair can remain in this phase for up to six months, which can impact on different samples taken by different labs.

In a family law setting, this could mean that a subject could have been told to abstain from drugs altogether - but that on testing a month later, a substance is detected in the hair giving an indication that it is still being used.

In such a situation, it can be hard to tell whether the subject is still taking the drug or not. Generally, though, we will see a rapid drop in concentration, which will suggest that, at the very least, the subject is using the drug less. They should, therefore, be encouraged on this basis, rather than the most dramatic resolution (such as removing their children from their custody) being applied.

John’s talk at the FLBA National Conference was incredibly well-received - and an eye-opener for many of the barristers attending. A hair drug testing report is unlikely to provide the conclusive black or white answer about substance misuse that family lawyers may expect. While many will choose to look purely at the most recent time period to establish current drug usage levels, the reality is that hair drug testing is used to its best advantage when looking to establish trends. By its nature, it is able to tell us whether an individual’s drug usage levels have gone up, gone down or stayed the same over the last 12 months, giving far more evidence that can be used in court than is often currently used.

As John explained, it is perfectly possible for the results for the same individual from two different labs to vary. However, by establishing how the sample was taken and taking the three stages of hair growth into account, these differences can be explained.

For more information about hair testing and how to interpret its results, get in touch.