CBD and THC oils: What's the difference and should you be testing for them? 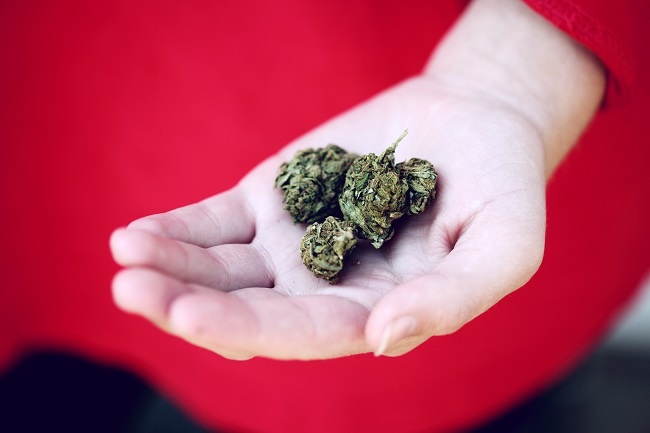 While cannabis is being legalised across the US and beyond, there’s no sign of it happening in the UK any time soon - at least, not for recreational use. Medicinal cannabis is a different matter: this summer, a 12-year-old in Northern Ireland was granted an emergency licence to treat his rare form of epilepsy with cannabis oil.

There are two forms of cannabis oil, CBD and THC: the former legal, the latter an illegal substance (and the oil that 12-year old Billy was prescribed). But what is the difference between the two, and should family lawyers, workplaces and social workers be testing for them?

CBD and THC: What are they, and where do they come from?

CBD (cannabidiol) and THC (tetrahydrocannabinol) are both natural compounds that are found in plants within the Cannabis genus. Both have the same molecular structure, but their atoms are arranged in slightly different ways.

CBD and THC are just two of over 100 varieties of cannabinoid that have been identified by scientists to date - but they’re the two we’ve researched the most, and understand the best.

The effect on the human body

In terms of their chemical makeup, CBD and THC look very similar - but their effects on the body are totally different. THC is a strong psychoactive compound with mental and physical pharmacological effects; CBD has antipsychotic properties.

Both are similar in structure to the endocannabinoids that are naturally found in the human body - our endocannabinoid system is associated with disorders like liver disease, hypertension, diabetes and more. This similarity allows them to interact with the body’s cannabinoid receptors, releasing neurotransmitters in the brain.

However, the similarity ends there. THC binds directly with both CB1 and CB2 receptors - mainly the former. It’s binding with these CB1 receptors that creates the psychoactive high for which THC is known.

CBD, on the other hand, does not bind with these receptors - and, in fact, acts as an antagonist - meaning that not only does it not cause a high, it can actually weaken the binding of THC and reduce its psychoactive effects. What CBD is used for, though, is to lessen chronic pain and reduce inflammation in the brain and nervous system - although more research on its true effects is needed.

The legal status of CBD and THC in the UK

CBD sourced from industrial hemp is legal in the UK - but according to the Home Office, it must have a THC concentration of no more than 0.2%, and any THC it does contain must not be easily separated from the oil. It is the one form of cannabinoid that is not controlled under the Misuse of Drugs Act - but is still subject to some legal requirements.

In 2016, the MHRA stated that any CBD oil sold with claims of medicinal benefits must be licensed. However, retailers can still sell CBD oils as food supplements - or anything else - provided they make no allusion to potential health benefits. It can even be bought on the high street from Holland & Barrett - but their website makes no reference whatsoever to its potential uses.

THC, on the other hand, is a Class B drug, currently controlled under Schedule 1 of the Misuse of Drugs Act, which includes drugs “that are not, conventionally, used for medical purposes”. However, it’s possible that it may be reclassified under Schedule 2 - drugs “subject to special requirements relating to their prescription, safe custody and the need to maintain registers” - along with the likes of morphine.

The implications for drug testing

CBD is legal, so in theory, it should have no implication in testing for cannabis, THC or other controlled cannabinoids. The reality is not quite so black and white.

While it is legal, some CBD bought from Internet sellers can be contaminated with THC in higher concentrations than are currently allowed. CBD is a constituent element of the cannabis plant, and may have been derived from there. In theory, this could mean that a subject may have used CBD but could test positive for THC, without having ever used it.

For drug testing labs, this means that a single screen is not enough. ELISA and other immunological techniques - which are generally used purely for screening before more in-depth tests are conducted - could show a positive result (as occurred in the recent Motherisk scandal).

The exact quantities of THC, CBD and other cannaboids in cannabis vary across different strains of the plant. Through continuous or heavy use of CBD-rich cannabis, THC concentrations in hair may rise above accepted legal limits - but the tests usually read negative. However, immunological tests are not able to make this distinction.

In order to understand whether THC or another cannabinoid has actually been used, the lab would need to conduct more in-depth follow-up testing to avoid false positives.

While CBD and THC are both cannabinoids, their effects on the body, their legal status and their implications for drug testing are totally different. The laws around cannabinoids are in a state of flux, but care must be taken to ensure that the differences between the two are fully understood, and that these factors are taken into consideration when requesting that a subject is tested for these and other cannabinoids.