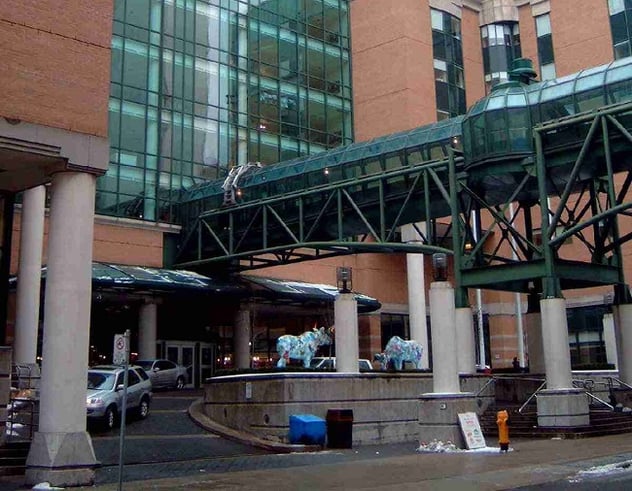 In the interconnected scientific community, the reverberations of what happens in one corner of the globe can be felt all across it, especially when these reverberations have profound implications on people's lives.

A recent example is the Motherisk scandal in Canada. We were shocked and saddened, when we first heard of the case last year, and now that more information has come to light we decided to study it to understand how and why it happened.

For a comprehensive look at the scandal, CBC has an excellent investigative report (below).

In short, Motherisk was a clinic operating within Toronto’s Hospital for Sick Children which became a renowned centre for hair sample testing. Between the late 1990s and early 2015, the clinic conducted hair-strand drug and alcohol tests in a lab under the direction of Dr. Gideon Koren.

The results of Motherisk’s hair tests were often used in custody and child protection cases in part to decide whether a parent was fit to care for a child.

So what exactly is the controversy?

As it turns out, for more than two decades Motherisk performed flawed drug and alcohol testing on thousands of vulnerable families across Canada, skewing decisions in over 35,000 child protection cases.

Families were torn apart. As Susan Lang, the independent reviewer who investigated the scandal, said: “losing your child is the capital punishment of child protection law.”

What went wrong? Lang’s report exposed a litany of flaws in how Motherisk conducted its tests. The picture that emerges, very clearly, is a case of flawed process, not flawed science.

1. The tests were preliminary

The tests performed by Motherisk relied on the unconfirmed results of its enzyme-linked immuno-sorbent assay (ELISA) tests.

ELISA is often used as a screening tool before more in-depth tests are undertaken. It can be used in toxicology as a rapid presumptive screen for certain classes of drugs. It’s useful if you need to screen a large number of samples when the presumption that only a small percentage will test positive. But it’s not definitive and the results can be erroneously interpreted.

The Motherisk Lab did not follow-up its presumed positive ELISA results with follow-on in-depth tests. Therefore, the results simply could not be relied upon to provide the absolute certainty needed.

As Craig Chatterton, a forensic toxicologist and a proponent of hair sample testing, correctly explains in the CBC report on Motherisk, a preliminary test like ELISA can be spot on - but, tragically for the families implicated, it can be 100% incorrect, too.

Susan Lang’s report went on to say "No forensic toxicology laboratory in the world uses ELISA testing the way MTDL [Motherisk] did."

Having standard, professional operating procedures in place is one of the central pillars of any testing environment, not just hair sample testing.

In this regard, Motherisk failed egregiously. The Lang report found no evidence of any written standard operating procedures at Motherisk. This raises serious doubts about the reliability and, crucially, the standardisation of its testing procedures.

Both forensic and clinical laboratories should have standard operating procedures in place for each of the tests they perform. Motherisk had no clear, documented procedures which means the processes could have varied substantially in each individual case, calling into question, rightly, the integrity of the lab’s results.

Motherisk’s next misstep was the lack of formal process and documentation meant that it was almost impossible for any third party to robustly assess its results.

When the entire process isn’t adequately captured, it becomes easy for the lab to skirt over anomalies and simplify conclusions.

At Cansford Labs, for instance, we share the evidence in full. This is an absolutely vital component when the test will be involved in a highly sensitive matter like child custody.

The fact that Motherisk offered no insight into how its results were arrived at beggars belief.

The inadequacy and transparency issues within Motherisk seeped all the way into the employees at the lab.

From reading the Lang report, Motherisk scientists were operating without any forensic training or oversight. The ELISA tests were inadequate, but even if they weren’t, the individuals interpreting the results weren’t properly trained.

Nobody at Motherisk, including, rather incredibly, Dr. Koren himself, had the proper training.

The lack of training manifested in all manner of amateurish mistakes. Staff routinely failed to wash hair samples before analysis, for example. One mother tested positive for alcohol because her alcohol-laced hairspray had not been washed off the sample. With the right training and process, these issues could easily have been avoided.

5. A compromised chain of custody

In the CBC report into Motherisk, one mother recalls how her second test was conducted after she disputed the first test’s results: “With my second test, the hair was done in the social worker’s office with the scissors out of her desk, tape off her desk and cardboard from the trash.”

Her sample tested positive for crystal meth, but laughably when she next saw her “hair sample”, the hair that allegedly belonged to her was longer and a different colour.

It should go without saying, but any robust testing process requires professionalism throughout. It’s not just about testing the sample, but also about how the sample is collected and treated.

The chain of custody is of paramount importance. Trusted professionals need to be present at every stage of the process, guided by the lab that will do the testing, and the procedures need to be the same for every single case.

Motherisk was an aberration

When things go as wrong as they did at Motherisk, it’s important not to stick our heads in the sand. Especially when it involves vulnerable individuals.

The science of hair sample testing remains a powerful tool when the analysis is done correctly, appropriately, with quality control and assurances and interpreted by qualified experts.

Indeed, it’s only right that for vulnerable individuals, that nothing but the best will do. A fact that Motherisk seemingly forgot.