How will social workers be affected by 20-year-high in alcohol deaths?

The BBC recently reported that alcohol-related deaths in England and Wales were 20% higher in 2020 than the previous 2 years.

We don't have to look far for a possible explanation: Covid-19 changed the world - and affected everyone in it - in 2020.

But can the increase in mortality rate be explained by the pandemic? And what are the implications for social workers?

Did alcohol intake increase in 2020?

Despite alcohol-related mortality increasing in England and Wales in 2020, there is no evidence that alcohol intake changed significantly in the general population.

The net effect, according to available statistics (which are unlikely to reflect all alcohol consumption), is that alcohol intake levels in England and Wales didn't change significantly in 2020.

If that's the case, why did alcohol-related deaths increase?

Why did alcohol-related deaths, but not alcohol intake, increase in 2020?

Even though alcohol intake doesn't appear to have increased in the general population, according to preliminary analysis by the Office for National Statistics (ONS), there were 7,423 deaths from alcohol misuse in 2020 - 20% higher than in 2019 and the highest for 20 years. So how can the increase in mortality be explained?

One explanation may be that alcohol intake data during 2020 under-reported true consumption levels - an established problem. Indeed, a study by Alcohol Change UK suggests that a whopping 8.6 million UK adults drank more frequently during lockdown.

Another explanation is that, according to Public Health England there was a high proportion of increasing risk and higher risk drinkers in 2020. This suggests that mortality rate increased independently of intake because more people became high-risk drinkers.

Could it be a coincidence that alcohol-related mortality increased in 2020?

Maybe. But the statistics suggest not. For example, here are the ONS mortality rates for each quarter of 2020.

Note that the smallest increase on previous years was in the first quarter of 2020. Why? Perhaps because January and February were before the first national lockdown in the UK.

Then, when it began in March, mortality rates increased, and then remained much higher than previous years despite slowly declining.

Why did the pandemic increase alcohol-related mortalities?

So we've established that the Covid-19 pandemic probably played a big role in the increase in alcohol-related mortalities in 2020. But why?

Well, analysis from the ONS is only preliminary until it publishes its annual Alcohol-specific deaths in the UK bulletin.

Until then, we can make some hypotheses based on other publicly available data and our own deductions.

The first thing of note is that purchasing of alcohol rose sharply before the first national lockdown in the UK.

It spiked again in the 2 weeks prior to the second national lockdown and rose again in the last two weeks of November.

Spikes aside, alcohol purchasing was higher than previous years from the first lockdown until 14 February 2021.

This suggests that it wasn't just alcohol consumers in the increasing risk and high risk categories that began buying more during the pandemic.

One effect of the pandemic, of course, was that pubs and restaurants were closed for much of 2020. If people wanted to drink, they had to drink somewhere else - most likely at home - which explains the increase in alcohol purchasing. One effect of this: in comparison to drinking in pubs, it was much cheaper.

Alcohol also became easier to access. It's a lot easier to get up off the sofa and go to the fridge for a drink than to get a lift to the pub. Add to that how bored many people were during the pandemic, especially during lockdowns. Thousands of people were furloughed or out of work and many more deprived of social interaction.

All of these factors brought on by the pandemic may have caused increasing risk and high-risk consumers to drink more alcohol which may partly explain the increase in mortality.

Another critical effect of the pandemic is the reduction in emergency hospital admissions across the board, especially during lockdown periods. It's not surprising, then, that there were fewer admissions for alcohol-specific conditions in England.

High-risk alcohol users often present with conditions like alcoholic liver disease. Usually, these people would go to an Accident and Emergency department for care. But during the pandemic, they may not have for fear of exposure to Covid-19.

There was also a reduction in addiction treatment admissions during the pandemic. So it's possible that people with alcohol addiction problems didn't access treatment when they normally would have, and suffered the consequences.

What are the implications for social care workers in 2021 and beyond?

As a result of the pandemic, it appears that some people who already drank alcohol are now (or were) drinking more. This means that there are more people in the increasing risk and high risk categories of alcohol consumption.

Since alcohol consumption is correlated with abuse and neglect, it may be that the now larger group of increasing risk and high risk drinkers will result in more and/or worsening cases of abuse and neglect.

What tests do social workers use to monitor alcohol consumption?

Sobriety tags monitor wearers’ sweat every 30 minutes and alert the social services if alcohol is consumed. Social workers sometimes use them to monitor adults where there is concern over guardianship of vulnerable children.

PEth testing shows alcohol consumption up to one month after consumption. It requires only a few drops of blood to be taken via a finger prick. PEth testing can also distinguish between heavy, moderate and occasional alcohol use.

In hair strand testing - two alcohol markers - EtG and FAEE (or EtPa) are generally measured to determine levels of long-term alcohol use.

Cansford Labs is the UK's fastest drug and alcohol testing service. But we're not all about speed. We can also advise you on what, how and when to test, and help you develop a testing/monitoring strategy that is best suited to your circumstances. Get in touch now for advice.

Image: By Patricia via Adobe Stock 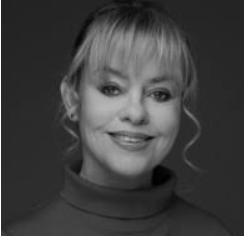